When Filming in Gabon 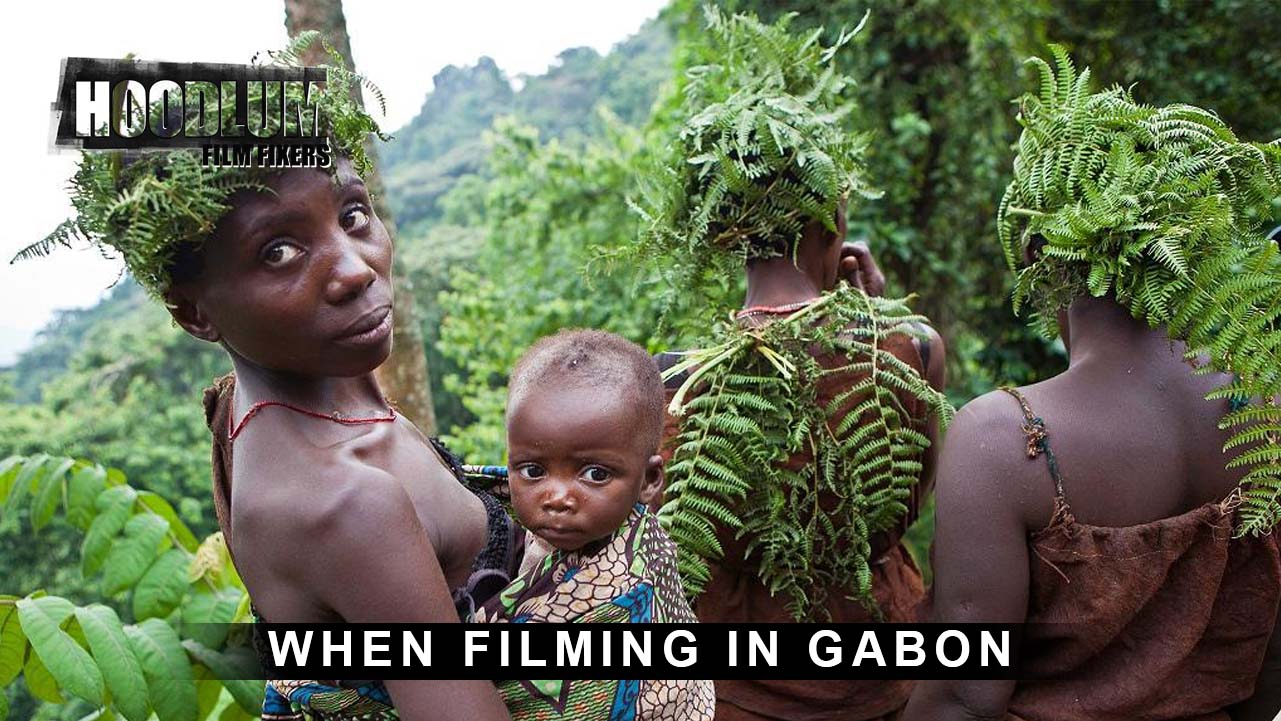 Set on the equator, in western Central Africa, Gabon is stunningly beautiful. Its oil and mineral reserves, combined with a small population, have helped Gabon become one of Africa’s wealthiest countries.

Known as the ‘Last Eden on Earth’, sprawled along the scenic Atlantic coast of Equatorial Africa, home to dense forests, a great diversity of wildlife, pristine impressive landscapes, beautiful white beaches, raging rivers, and many more natural attractions. Libreville is famous as the capital of Gabon. Gabon is well-known for its fabulous national parks making it a favourite film location for internal film makers.

Loango National Park is the most sought after park in the 13 national park system. Lush green landscape and eye-catching wildlife in this fabulous park. This sprawling national park stretches about 200 km along the coastline. Enchanting lagoons, savannahs, forests, and wetlands,hippos, elephants, buffalos, gorillas, dolphins, and whales. This Park is  one of the most rare areas on this planet as it offers these wild animals access to the sea.

Lambaréné, is a fabulous fishing town in Gabon located at about 75 km away from the exotic Central African Rainforest. Lambaréné is famous as the abode of the Bantu ethnic groups. This worth-visiting town gains popularity due to the presence of hospital constructed by Albert Schweitzer in 1913.

Fernan Vaz Lagoon is the hotspot in the spectacular Ogooué maritime area in Gabon. This area is involved in several conservation efforts. You can find a sanctuary and gorilla rehabilitation on the Gorilla Island here. You can find here fabulous Mission Saint Anne which is well-known for being constructed in 19th century. This church features a rusty red in color that makes it appear beautiful to the visitors. Watch outstanding views of forests and beaches as you walk on the area near the Fernan Vaz Lagoon.

Ivindo National Park the most remote of all the national parks, Ivindo is also one of the most important in all of Central Africa for the work being done for biodiversity conservation.

The river is the main feature of the area, running through the rainforest and creating an unbelievable series of rapids and waterfalls. There are more than 430 bird species that include African grey parrots and gorillas, chimps, colobus, mandrill, mangebey, sitatunga, duikers, giant pangolin, bush pig, and more can all be spotted across this 3000 km2 park.

Makokou is the capital of the Ogooué-Ivindo region and the gateway to Kongou waterfalls – Gabon’s own version of Niagara Falls.Located inside Ivindo National Park, Kongou is definitely a must see with a 60 metre drop and great spiritual significance to the local people.The village of Makokou is rather isolated but does have air, rail, and river access.Pygmies live in the forest surrounding the village and using the village as a base camp gives you great opportunities to interact with the locals.

The second largest city after Libreville is Port-Gentil (or Mandji as some of the locals call it).  This seaport town is the hub of the country’s timber and petroleum interests.And given its roots as a customs outpost and base camp for colonial expeditions into the country, it’s easy to see how the town has grown into its current commercial importance.Located on Mandji Island, it isn’t connected to the mainland by road.In addition to being famous for its industry, Port-Gentil is also famous for the nightlife and casino there.During the day, be sure to check out the local zoo and St.Louis Church (20th century).

Situated on the equator is Réserve de la Lopé, complete with savannah, rolling hills, and rainforest where it’s possible to see buffalo, elephants, gorillas, and mandrills.This national park was originally a reserve created in the 1940’s after the Okanda Wildlife Reserve was established.It’s now a designated UNESCO World Heritage Site.You’ll find a research station there run by the Zoological Society of London.You can stay at the station and be less than five metres from the rainforest at all times.

Akanda National Park internationally known as the nesting ground for one of the largest populations of migratory birds on Earth, Akanda National Park accounts for about 25% of protected mangrove in all of Africa.The Bantu tribe believe that the Mondah forest, within the park, is a sacred place where many of their myths and legends originate.This is also the ideal spot for water sports, fishing, and spotting dolphins and whales.Be sure to check out Leatherback Trove where the Ministry of Water and Forest partner with the Gabon Sea Turtle Partnership in order to train teams to record illegal fishing close to the coast line in order to protect the leatherbacks – whose population has diminished by 90%.

Travelling to Minkébé is a bit tricky, but well worth the effort.Another of the more inaccessible parks, the World Wildlife Fund (WWF) is working in the area to promote conservation efforts.Home to gorillas, elephants, leopards, cheetahs, and isolated traditional ethnic groups, WWF focuses attention on alternative forms of income for the locals – including artistic endeavours.The WWF reports that the elephant population here is probably the largest in all of Africa.Several species in the park are on the International Union for Conservation of Nature (IUCN) Red List.When you visit you’ll learn about the Kwèl and Kota ethnic groups that life within the park.