When filming in Saudi Arabia 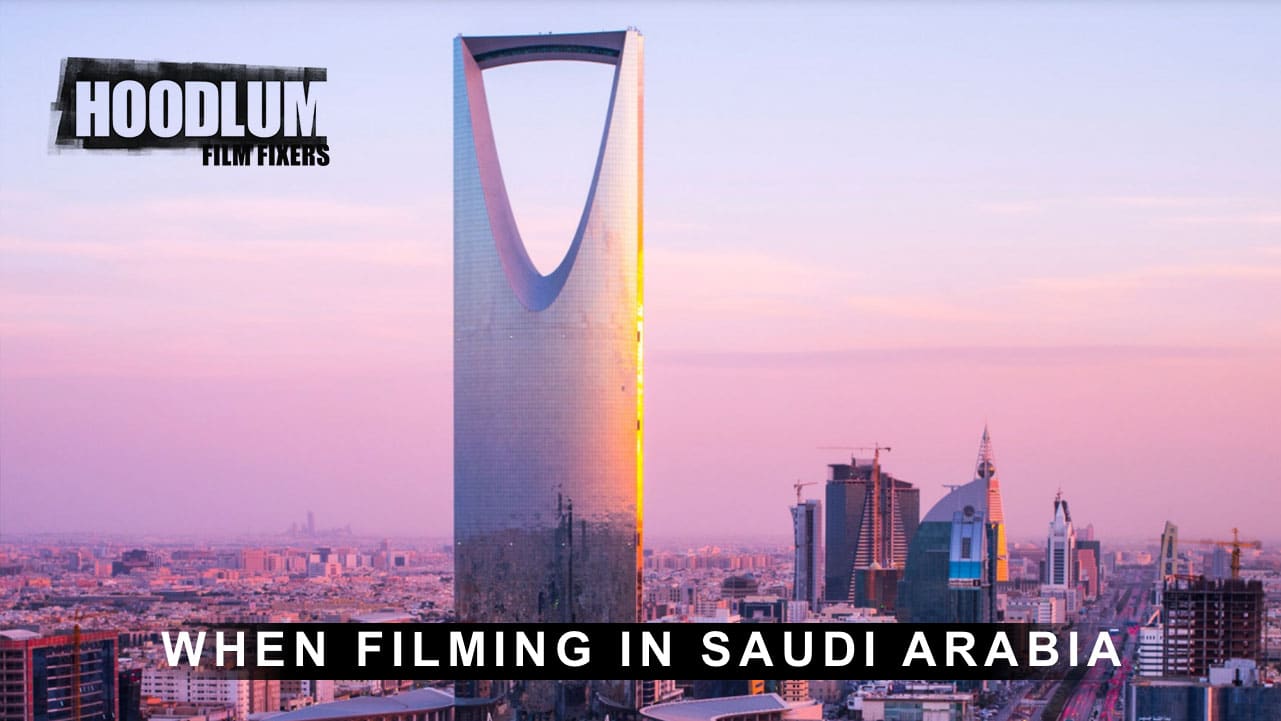 The Kingdom of Saudi Arabia is situated in Southwest Asia, the largest country of Arabia, by the Arabian Peninsula, bordering the Persian Gulf and the Red Sea, north of Yemen.

Saudi Arabia is a safe country for film production but be respectful of local rules and customs. Local film fixer will advise on the protocol.

Most of Saudi Arabia has a desert climate with hot, dry days and cold nights. Coastal areas are more humid. Summer (May to September) is very hot with almost no rainfall. Winter (November to February) has mild days and chilly nights.

Most festivals and events are based on the Islamic calendar. Ramadan is strictly observed with many services closed during this period. The Hajj pilgrimage is a religious duty undertaken by Muslims each year during the last month of the Islamic calendar year. As far as non-religious events go, the Janadriyah Festival, featuring horse and camel races, takes place in February.

Saudi Arabia is planning a 35% cash rebate to incentivise international film production as well as a 50% rebate available for spend on Saudi labour.

Saudi Arabia is opening up to global filmmaking.

Its rich heritage, vibrant culture, and diverse and spendid landscapes, from the mountains of Abha to the beaches of the Red Sea to the shifting sands of the Empty Quarter to  vast desert landscapes makes the region as much sort after film location

Agricultural film locations include plantations of palm trees, olive trees, dates, wheat, and barley. The kingdom has no lakes or rivers. As the world’s leading oil exporter, Saudi Arabia is home to many oil facilities.

Local film fixers can elaborate on all of these film locations and indeed suggest many many more.

There are 2 types of visas’ (Business consultant visa or Visit Visa.)

Process will be same for all nationalities:

For the application, the following is required by the local film fixers

Unauthorised filming of government buildings, military installations, oil facilities, and palaces is prohibited. Any photography that may be perceived as portraying the country in an unfavorable light can be shut down by the film police, even if you have a valid film permit. This can include filming people, mosques, souks, and impoverished areas. Only Muslims can enter the holy city of Mecca. Strict rules apply to filming of religious sites.

As the film industry is relatively new in Saudi, it’s quite difficult to bring equipment through customs as the officials are not familiar with film gear. Custom clearance agents are required to manage this process. A compressive list of film equipment with serial numbers and the country the gear was manufactured in is required. Traveling dates and a letter from rental company to show its on hire and will be returning with the crew is also needed.

A deposit will need to be paid depending on your equipment list (5,000-10,000 SAR) as well as the customs fee. We do suggest that you hire the equipment locally. Local film fixers can provide catalogues of all equipment available in the region.

Saudi has a pool of well-trained experienced film crew. Local film fixers can assist with CV’s and showreels

Talent day rates and buyouts are negotiable. Saudi Arabia offers mainly Arabic looking talent. All other talent needs to be cast abroad. Given the conservative nature of the country, the pool of female talent is limited but not impossible.