When Filming in Senegal 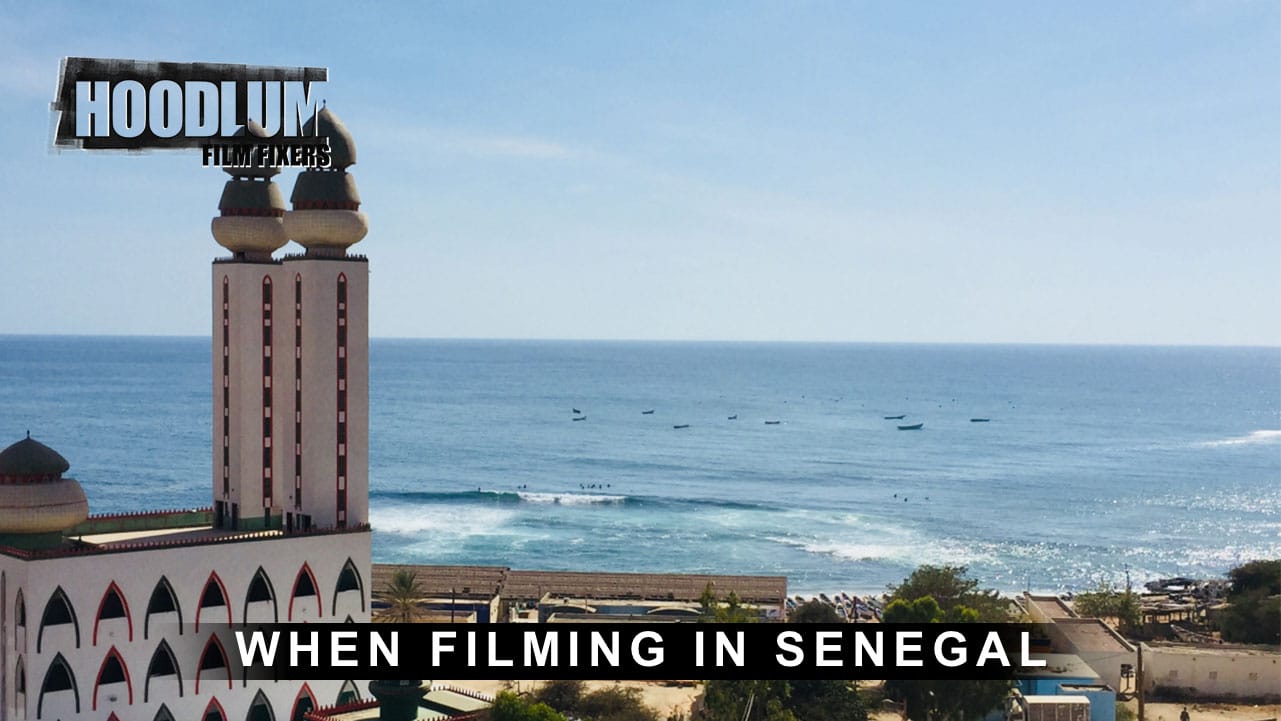 Senegal is located on the westernmost cape of Africa, it borders the North Atlantic Ocean in west, Mauritania in north, Guinea-Bissau and Guinea in south, Mali in east and it surrounds the nation of Gambia almost entirely.

Public holidays must be taken into consideration especially Ramadan. The local Senegalese film fixer will advise on these.

Most main roads are in a good condition. During the rainy season, some roads becoming impassable. Senegalese film fixer will organise safe and reliable 4WD transportation. Several international airlines service flights to Senegal.

At present there are no tax incentives for foreign film production in Senegal.

The West African CFA franc (XOF) is the official currency. Transfer into local banks need at least a week’s clearance time. The international currency preferred is the Euro

Some 39 languages are spoken in Senegal, including French (the official language) and Arabic. Linguists divide the African languages spoken there into two families: Atlantic and Mande.

Senegal is known for being one of the safest countries in West Africa. From relatively low levels of crime and disease to a population renowned for being generous hosts, Senegal tends to be a safe, hassle-free , film friendly  destination.

Other film worthy and interesting national occurrences include music festivals such as the Abéné Festival at the beginning of each year, the St Louis Jazz Festival  and Kaay Fecc mid-year . Senegalese wrestling is the national sport with events on throughout the year.

The application for locations permits take about 7 days and the cost is dependent on what film location is to be used.

What our film fixers in Senegal, Africa have to say about film & import permits and visas applications

A general film permit per project is required from the Ministry of Culture and is applied for by a local film fixer/producer. A synopsis of the project and a yellow fever yellow card is required for applications for work permits and visa letters.

Visa requirement are dependent on the country of origin. Applications for visas must be done at Senegalese embassies abroad. A synopsis of the film project and a yellow fever yellow card is required for applications for work permits and visa letters.

Basic film Cameras, lights and grips are available locally. All other film gear to be brought in from Europe or surrounding West African countries such as Nigeria

Senegal is an ATA carnet country

A small pool of local film crew is available but for bigger productions it is recommended to bring in HOD’s from Nigeria, Ghana or Europe

The Senegalese film fixers will negotiate local deals and provide the appropriate level of film production support to match every budget.

West African looking talent comprising predominately of the Wolof, Fula and Serer tribes are plentiful and some Far Eastern and Lebanese cast is available but all other talent will have to be brought in from abroad.The local talent fees are negotiable and include usage.